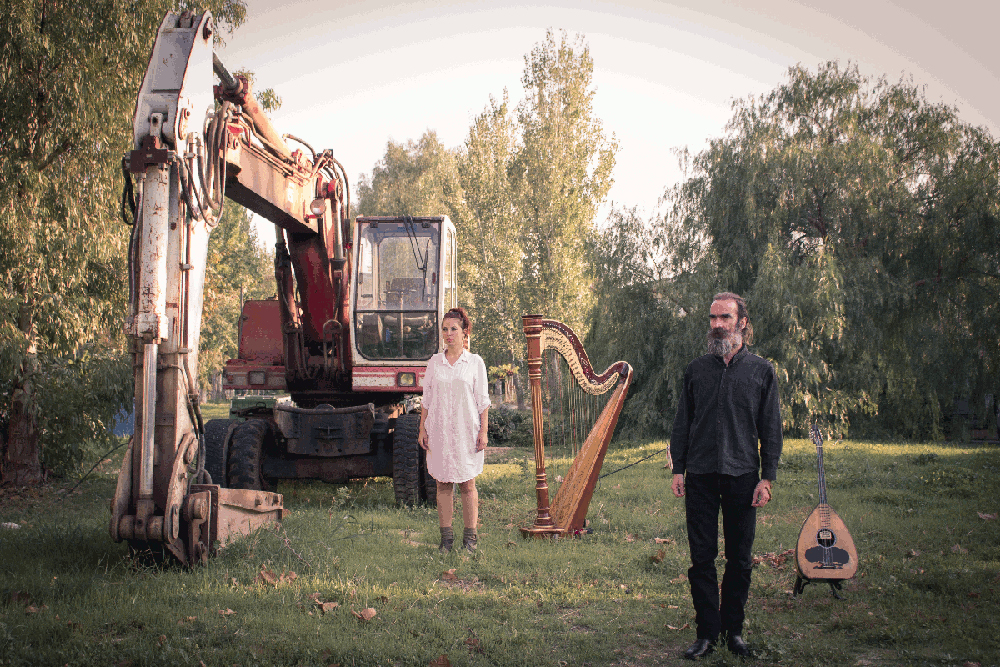 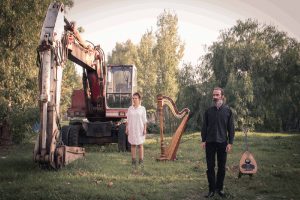 Lute player and vocalist Yiagos Hairetis (Crete) and experimental harpist Maria-Christina Harper (London) collaborate for the first time to produce a dynamic unexpected duet. The duo brings together the traditional music of Crete and the London experimental music scene. The unique rock soundscapes that Hairetis creates with his lute are fused with Maria-Christina’s powerful and experimental playing on her harp.

Yiagos Hairetis got involved in music in a very young age, picking up the lute and other traditional Cretan instruments. His upbringing in Anogia, Crete, home of legendary musicians of Cretan music like Psarantonis and Nikos Xylouris coincided with him listening to classic rock bands such as Led Zeppelin, Doors, Deep Purple and Black Sabbath which influenced him to develop his unique style of playing the lute. This attracted Giannis Aggelakaswho invited Hairetis to record with him for his 2012 album “Όσοκιανδέρνειοάνεμος”. Since then he has performed in many venues throughout Greece and has toured with Aggelakas and Episkeptes. His collaborations include Psarantonis, Psarogiorgis, rock band Last Drive who devoted a song to him, Dimitris Poulikakos and the hip hop band Social Waste

Maria-Christina is an award winning, London based, an experimental electric harp player who creates compositions using a loop, wah and distortion pedal effects. She is the first prize winner of the Wales International Harp Competition (2010) performing her own compositions on the electric harp.MC studied the harp with an entrance scholarship at the Royal Academy of Music. She uses bows and guitar sliders to make the instrument emulate bass, percussive and guitar‐like tones. In 2012MCformed her solo project MC & The 7 Pedalsand recently released her album“Gluten free” under Valentine Records (UK). The resulting music is cinematic, dreamlike and highly atmospheric as it seamlessly blends traditional and avant‐garde techniques to create mesmerizing new forms.