There is so much to do in Innachorio, specially in the summer season. Here you will find a list with dates and locations of upcoming events. 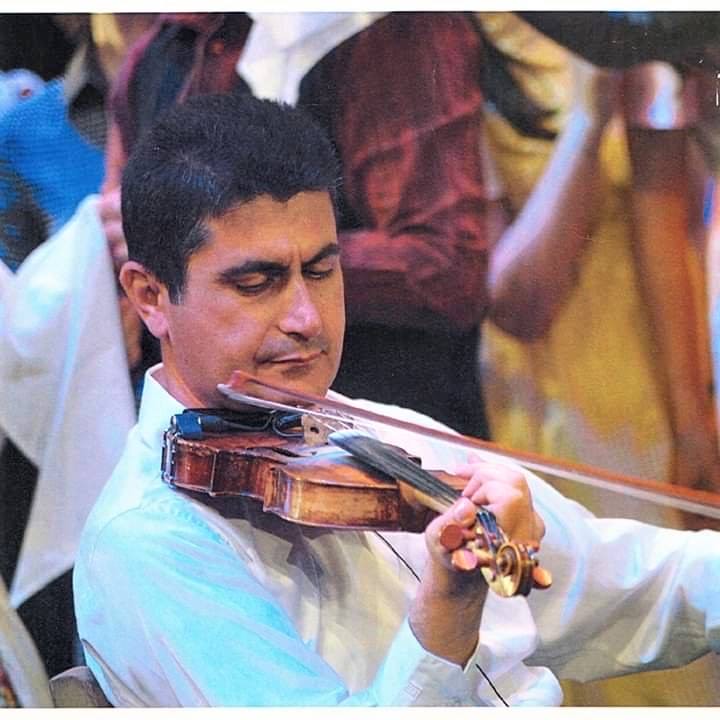 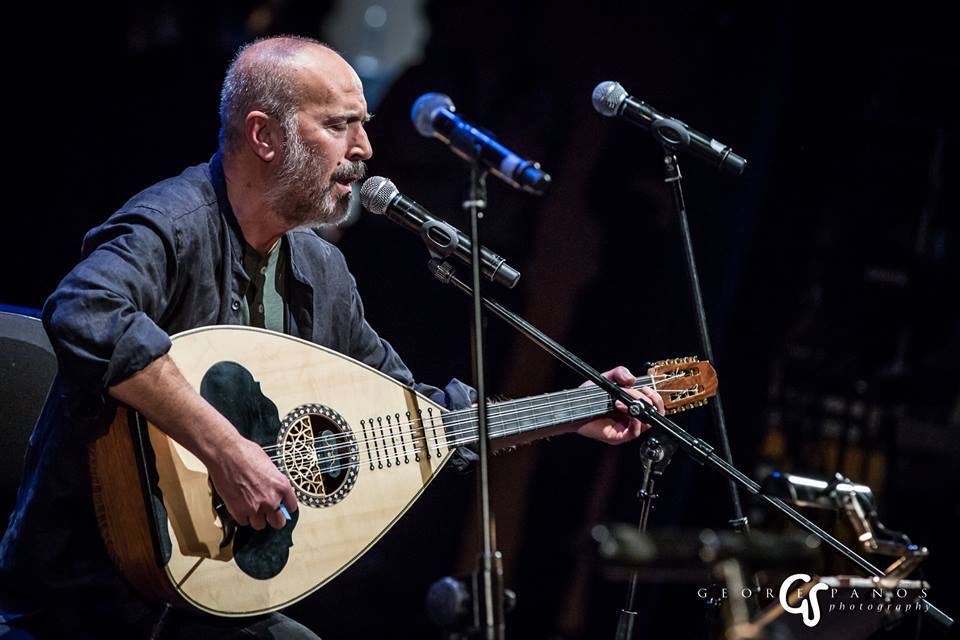 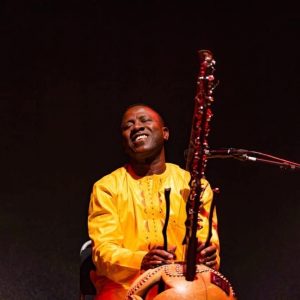 Lamine Cissokho, is an accomplished kora player who performs as a solo artist. His “out of the box” tune of the kora make him quite unique. He has performed in many countries and festivals as Africajarc/France, Poborina Folk/Spain, Int. Guitar Festival/Denmark, Nalen/Sweden, Global Music Nights/Norway, Copenhague Jazz Festival, Stockholm Jazz Festival, etc. He released 2019 his fourth album, SUNUJAZZ (afro-jazz).

DRom is a music collective. A group of people united by their love for Balkan music and improvisation.

They were first created in 2015 on the initiative of Thanos Stavridis. It is essentially the form in which he presents his personal work to the public.

The central core of the dRom consists of Thanos Stavridis in accordion and compositions, Ioannis Karakalpakidis on e-guitar and Christos Tassio on percussion.

In the last 2 years he has participated in many jazz and world music festivals both in Greece and the Balkans as well as in Europe. They have collaborated with leading Balkan musicians and bands. Theodosii Spassov, Vlatko Stefanovski and his trio, Perar Ralchev, Toni Kitanovski et al. 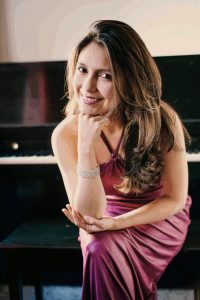 “Originally from Colombia, this young “lioness” is certain to break through to become a prominent pianist on the national jazz scene. She plays with an engaging lyricism that encompasses a full range of fire and finesse” Jose Dacosta, Exodos to Jazz.

“Calvache is becoming a pioneer making an indelible mark on jazz by incorporating musical elements from her native country” Sunny Side Records.

“Calvache’s confident debut marks the arrival of an articulate, lyrical and imaginative voice in jazz that deserves to be celebrated”- TIN WILKINGS, WBGO digital Content Producer.

Carolina is the first Colombian to be part of the roster of recording musicians from the prestigious New York music label, Sunny Side Records.

Since her selection for the 2011 Mary Lou Williams Woman in Jazz Festival for outstanding artists, Carolina brought attention at The Kennedy Center for Performing Arts in Washington, DC. Legendary pianist Toshiko Akiyoshi described her music as “Extraordinary and Marvelous”. In 2014 Carolina reaffirms herself to the jazz world with her debut recording, Sotareño, an album released as a collection of instrumental pieces that are at once a part of the jazz tradition but also relate to her roots in Colombia. Sotareño shows fabulous collaborators from the New York Jazz scene, including saxophonist Jaleel Shaw, trumpeter Michael Rodriguez, bassist Hans Glawischnig and drummers Ludwig Afonso and Grammy award musician Antonio Sanchez. 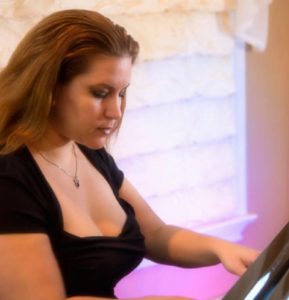 Grammy Nominee Ariacne Trujillo Durand was born in Havana, Cuba. Beginning her career as a child prodigy, and graduating with a Bachelor’s Degree in music and piano performance, she’s had a vast career as a concert pianist and composer. Since arriving to the USA in 2002, Trujillo has been one of the virtuoso pianists and singers from the New York Area performing in Worldwide Famous Jazz Festivals and Important Musical Collaborations with great artists like Paul Simon, Wynton Marsalis & The Jazz at Licoln Center Orchestra, Jonny Pacheco, Paquito de Rivera John Scofield, Isaac Delgado and Esperanza Spalding. Ariacne is currently working as a sidemen in different projects while performing as a band leader with her Trio and Quintet. Trujillo has a residency since 2015 at Guantanamera in NYC. 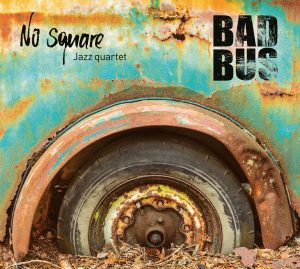 Created in July 1994, the jazz quartet No Square was founded and led by the German bassist, André Hahne. The group has already produced 10 albums and has toured around the world. « The initial idea was to develop an living, energetic jazz. Our music has developed as a group, not just as individuals but shared equally. What motivates and animates us is playing live » The jazz of No Square is composed of simple melodies and of  more complexebinary grooves  inspired by polyrythms and odd mesures devolopedin contemporary jazz. No Square has also created and produced music for many creations and theater pieces.

At last the awaited 10th Album has arrived. The new creation of this disc follows the fine tradition of this Jazz Quartet:

No Square has already toured in: 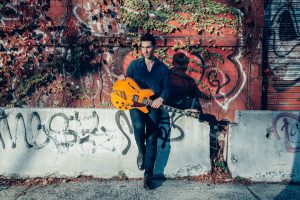 2nd prize winner of the 2017 Jarek Smietana International Jazz Guitar Competition and recipient of the Sergiu Tuhutiu and Alicja Smietana Special Prize, Sean Clapis is a guitarist, composer, educator and bandleader originally from Hartford Connecticut. Being a native of Hartford holds a special meaning for the musicians who call it their native soil. Sean was able to draw upon the wisdom of major jazz figures like Jackie McLean, Paul Brown and Jimmy Greene as his mentors from early on in his development. At the age of sixteen, he made his international debut performing at the “National Festival da Juventude” on the African island nation of Cape Verde. After discovering jazz at the Artists Collective and Greater Hartford Academy of the Arts, and upon receiving a generous scholarship from the Hartford Jazz Society, Sean went on to study at the Hartt School of Music under notable masters Andy LaVerne and Rene McLean. “If you’re searching for something refreshingly modern while still swinging and soulful, look no further” – Peter LaMalfa (Portland University Radio) Since moving to New York City in 2011, Sean has shared the stage with an array of musical projects across the US and abroad ranging from jazz to rock, folk, hip-hop and experimental music. He has made a name for himself as a top level guitarist on the New York jazz scene performing at venues such as Fat Cat, Smalls, Joe’s Pub, Club Bonafide, Hartford International Jazz Festival, Silk City Arts Festival, Crested Butte Music Festival, The Millennium Theatre, Rockwood Music Hall, Shapeshifter Lab as well as internationally in Mexico, Italy, Japan, Kuwait, Spain and Poland. Sean has appeared on stage with Allan Palmer, Steve Davis, Nat Reeves, Jaimoe of the Allman Bros., Noah Baerman, Josh Evans and has opened for Soulive, Buena Vista Social Club, Peter Bernstein, Mike Stern and Hank Jones, to name a few.