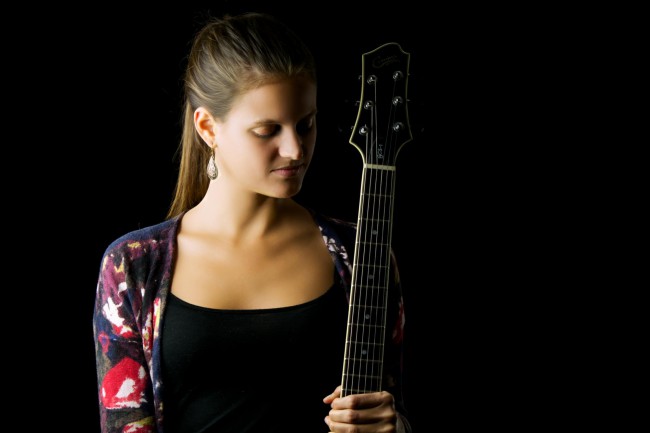 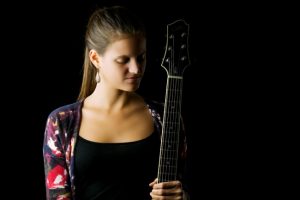 Pájaro Azul aka Jacinta Clusellas (Argentina) and Alessio Romano (Italy) will be presenting a concert of original compositions as well as a repertoire of Argentine and Latin American songs. Originally from Buenos Aires, Argentina, Jacinta’s music brings together South American folklore, Jazz and Chamber music, in the context of songs influenced by poems, literature, and nature from South America. Berklee graduates and currently based in New York, this duo has been performing for the past 4 years in numerous venues around New York, Boston, Argentina, Italy, and Greece.

Jacinta Clusellas is a guitarist, composer, and arranger from Buenos Aires, Argentina, currently based in NYC. Her debut album El Pájaro Azul was released at the Consulate of Argentina in NYC and is being distributed in Japan under the record label Inpartmaint Inc. She is currently composing and arranging the music for “Azul Otra Vez” a Spanish language folkloric musical based on Ruben Darío’s works (BRIClab, NYTW, The Drama League & The Habitat) and writing the arrangements and orchestrations for I Am, a new play with music.

Jacinta has participated in projects as an arranger for Grammy award-winning artists such as A.R. Rahman and Alejandro Sanz, she was the resident composer for NORA (Jerome Foundation, Lanesboro Arts, MN) and the Assistant Music Director for The Boy Who Danced On Air (Abingdon Theatre Company). Jacinta holds a B.A. in Contemporary Writing and Production at Berklee College of Music; she is a Teaching Artist at the New York Philharmonic and a participating member at the Carnegie Hall Music Educators Workshop.